How A Farm Tiling System Works And Installation Requirements

Subsurface water can reduce the air pockets that are essential for healthy crop growth. Saturated soil may eventually become compacted and make it difficult for a farmer to till or aerate a plot of land. A farm tiling system is an underground series of pipes or tubes that draw water away from soil.

The Role Of Farm Tiling

An irrigation system can be used to monitor how much water plants receive. If dry, arid conditions are present, a farmer may tend to rely upon an irrigation system each day. If occasional weather patterns result in heavy downpours, the combination of using an irrigation system and the natural rainwater can cause water to pool along the surface of a farming plot. The condition of the soil, the amount of nutrients that it possesses, and the topographical features that are present on a plot can influence how well the soil drains.

With a farm tiling system in place, overwatering a plot won't be likely to affect a crop yield. Even when pooled water is visible, there is no way to know how much water has accumulated below the surface. A farm tiling system will act as a transport system. Water will be drawn through the piping or tubing and will be deposited away from where crops are growing.

The Installation Of A Tiling System

Original tiling systems were constructed of fired clay. The fired clay is referred to as ceramic. The ceramic pieces were shaped into pipes. Today, ceramic, concrete, HDPE, and PVC pipes and tubes are used to create tiling systems. In addition to drawing water away from the roots of plants, the use of a farm tiling system will ensure access to land.

Since farmland can encompass many acres, heavy-duty machinery is often used to transport farmers to the areas where crops need to be harvested. Wet, muddy conditions could interfere with a harvesting schedule. After installing a tiling system, the surface of land will be moist after it rains or after irrigation duties have been performed. Pooling water, however, will not be prevalent, and this will allow a farmer to tend to their crops.

Before a tiling system is installed, the land must be inspected. The slope of the land and the type of soil that is on it may have a bearing on how deep a tiling system needs to be installed. The pipes and tubes that are part of a system may be rigid or flexible. Upon installing a system, grass seed can be planted across the areas that were excavated. 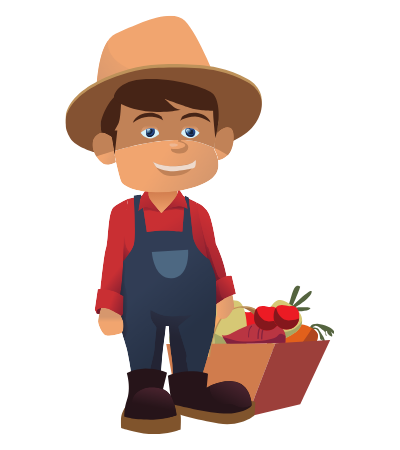 Managing any kind of agricultural property goes far beyond just taking care of the land. If you have farm animals, you know that there's a lot that goes into caring for them, too. If you're new to farm animal care, you may wonder about how to keep your barns, stables, and other areas clean. There are all sorts of agricultural cleaning tools that will flush animal waste away from your main care areas. That's why we built this site. We wanted to teach others about the options that are out there in the hopes that they might be able to find the equipment that's right for their farm.